All Around The Mulberry Bush and Everything That Chases Us

In my mid-twenties I thought I better start getting good with God instead of living somewhere in the middle. I’d been trying at this Jesus thing since grade school only to feel unaided by a God whom I was told on Sunday’s at the corner Baptist church that He would never leave my side.

I’d never experienced the Light of the World, at least not like those that stood up on Sunday mornings sharing how God led them to their breakthrough. They spoke as if He was a friend and a father, which I never quite understood since the daddy’s here on earth claim they can’t be both. Some famous counselor tag-lined the phrase I’m your parent not your friend and parents grab it up as a hallelujah opportunity to unplug from their offspring. I guess that’s what makes the Divine a better relationship Someone who’s willing to interact with us disheartened humans.

As I sat on the church pew listening to different congregants share how God was giving them spiritual direction, as a ten-year-old girl it sounded more like when I’d shake my magic 8-ball when I asked it for advice. If I didn’t like the answer, I’d keep shaking it until the one I wanted was peering through the window.

Growing up when I stepped into a room with others I felt a sense of shame wash over me as if they could see the build up of grime that shadowed me. I never felt as if I measured up so there was always a sense of shame over something I didn’t do or should have done, or messed up trying to do that it made the shame of abuse I was already carrying feel like added backwash.

I didn’t want to wind up like mom who it seemed found misery as a way of life. She grew-up separated from family during the Depression, lived through the Great Wars, battled a struggling marriage, and lost a baby to cancer. The impact of all that snowballed on us kids like an inheritance we didn’t want.

There was an illusion that most others didn’t see until the end of mom and dads marriage. That forever happiness was only seen in public when dad would kiss mom in the mornings by her white with red Lincoln LTD before she drove away. It was a morning ritual when he was in town, to pull her car out and let it warm up. He’d stand there like a valet attendant would at a hotel waiting to close the car door for a guest. But I know from watching with my own eyes that life can’t distort the truth.

Now years later my life would consume me to the point that my skin would be soaked in misery if it wasn’t for God. It’s true what they say that He removes every resource but Himself from our lives so that we’re able to see hope rise from our charred condition. It took a few years before I was able to step back and examine the ruins of my life. I’m seeing for myself the way God sees me instead of what I’ve been toting around all my life.

Maybe faith was slowly making its way home in me. Somewhere between second chances and grace faith came out from the dark as if it had to cut its way out. It’s only in the mystery of my darkest pain that I find faith in God. Everyday I thank Him for my new life, I’m thankful for my family, and that I chose to love rather then choosing to to be bred like those who hurt me.

What has God changed in your life that makes you thankful?

Be the first to receive posts and news!

You have Successfully Subscribed!

Your personal information is safe and will never be shared. 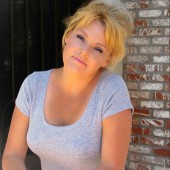 The Composer, and the Composition. The Savior and the Sinner

when you're lost and looking for community

And the Winner is…

Braver Living in the Here and Now

I'd love for you to join me and receive the latest updates from the blog.

You have Successfully Subscribed!

Your personal information is safe and will never be shared.

BEAUTIFUL STORIES
The God Who restores the bankrupt soul

"He who believes in Me,
as the Scripture said,
'From his innermost being will flow rivers of living water.'"
John 7:38 (NASB)

Some links on my site are affiliate links, which means I receive a small compensation if you purchase the product or service.
The compensation, however, will never influence the content, topics or posts made on this blog. I only link to products I have used and personally recommend.